Minnesuing Acres, an Executive Retreat and Conference Center, went from daily visits to the dump to just a few pick-ups a month by using the Orwak 5030 Bagging Compactor. It was installed almost 30 years ago and is still in use today.

MINNESUING ACRES, AN EXECUTIVE RETREAT AND CONFERENCE CENTER, is a beautiful travel destination for executives and families alike. Located on the picturesque Lake Nebagamon, Minnesuing Acres is known for their scenic views, delicious cuisine and friendly service.

The Local Dump was Closing

Back in 1988, Jon Lindberg, Caretaker for the Minnesuing Acres Executive Retreat and Conference Center, was faced with a dilemma. The local dump was closing. Most of what they brought to the dump on a daily basis was composed of food waste, which made transporting it inconvenient and messy. Now that the dump was closing, they were going to have to use a costly waste hauler and to reduce the number of pick-ups they invested in the bagging compactor 5030 from Orwak.

Three Decades and Still Going Strong
Over the past 29 years, they have used the Orwak 5030 on a continuous basis with zero safety issues and only minor maintenance and part replacements. Although it was a long time ago, Jon still remembers how inconvenient it was to make those daily trips to the local dump to dispose of trash. As Jon puts it, “The Orwak 5030 makes managing trash much simpler. It paid for itself, a long, long time ago. We would buy a new one, but the old one just keeps on going and going and going!” 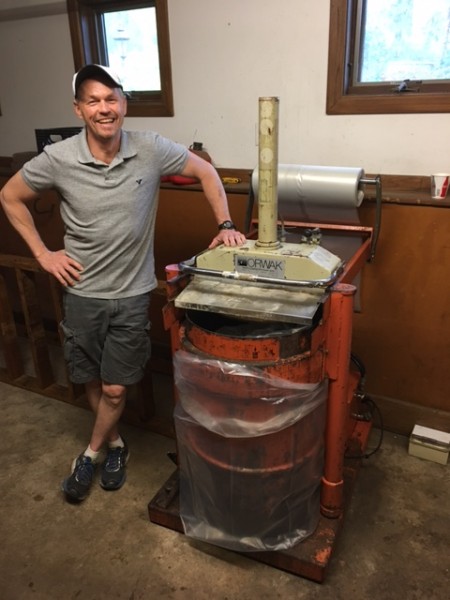