Telford Smith, Orwak’s distributor in Australia, and McDonald’s team up for recycling solutions. An article in the magazine Waste Management Review highlights Orwak baler installations at McDonald’s Australia and the benefits they bring to the stores.

Sustainability has been a long-time commitment for McDonald’s Australia

Set on using its branding for good, the fast-food restaurant chain was a founding partner of Clean Up Australia more than 30 years ago and joined forces with Foodbank Australia in 2011 to manage food waste. More than 550,000 kilograms of edible goods has since been donated from distribution centres across Australia. Internally, the golden arches is also rethinking packaging and has made a commitment to make recycling easier. McDonald’s has looked outside of the box for recycling solutions with many stores across Australia installing an Orwak baler from Telford Smith, Orwak’s distributor in Australia.

Greg Old is Store Supervisor of five stores across Melbourne’s south-east that each has a baler on site. He says, the balers have made a difference on several fronts including saving space, increased safety, and cost efficiency. Greg says:  “They’ve been a great introduction to the stores. It’s an easier way to do things and saves room and we’ve also found there were cost savings of close to $1000 a month.” 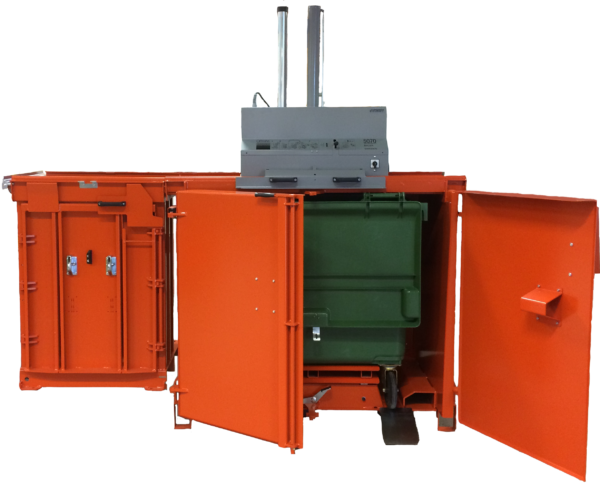 David says the Orwak baler has a compaction rate of 5:1, meaning 3 cubic metres of waste will fit into one, 660-litre wheelie bin. The balers are dual-function and easy to use. Bagged waste is placed in a hopper at one end where it is compacted into a 660-litre wheelie bin. Cardboard is placed in the other end where it is compacted into a dense bale.

The modular design allows additional chambers to be added for further recycling points such as milk bottles or soft plastics. The baler’s compact size means it can fit into a secure corral at the back of restaurants, as opposed to taking up space in customer car parks. Greg says some stores have minimal space for storage. For those without a baler, that space is reduced even further because of the need for larger bins for cardboard waste.

Greg again: “Our waste is mainly paper and cardboard, the more we can compact it and save room the better,” he says. “You’d be surprised how much cardboard can be compacted. A fair bit goes into the baler. They’re a good space-saving idea.” 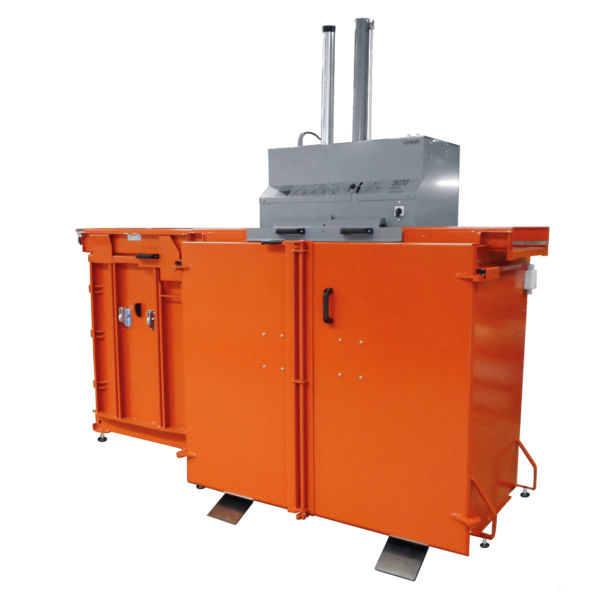 From a safety aspect, the baler reduces the number of boxes left lying around a restaurant. It also stops the practice of a staff member “stamping down” cardboard in a big bin to make more room. Eliminating the need for open top bins also reduces contamination of recyclable materials and prevents seagulls or vermin getting into rubbish.

Greg says the bins are collected on a regular basis and the restaurant is charged per bin. Previously, the restaurant was charged for a full pick-up regardless of how much rubbish it had. He estimates considerable cost savings across the stores as a result. Those savings also have an impact further down the supply chain.

The 660-litre bins can be collected by a rear lift truck which is smaller and cheaper to keep on the road when compared with a front-lift truck required for bigger bins. Fewer trucks and pick-ups also means less traffic and emissions. Greg says while the balers were considered a new thing when first introduced at the Berwick South store, they’re becoming the norm as social and environmental governance play a larger role in corporate responsibility.

Source: based upon an article written by Lisa Korycki and published in Waste Management Review, Australia, August 2022.