A lot to learn from the western way
Mr Hongan, the president and reporter of the Kosi Journal, the biggest paper recycling newspaper in Japan, visited Orwak in April. He was on a tour through Sweden to learn more about market trends and the recycling industry in Scandinavia with the purpose to run a comprehensive article on the topic in his newspaper and to share his insights with the Japanese readers. Mr Hongan: “In Japan there is a general trend to focus on China and the recycling market there, but I wanted to look at the Scandinavian recycling business. It is 10-20 years ahead of Japanese recycling and there is a lot to learn from the western way of organizing recycling”. 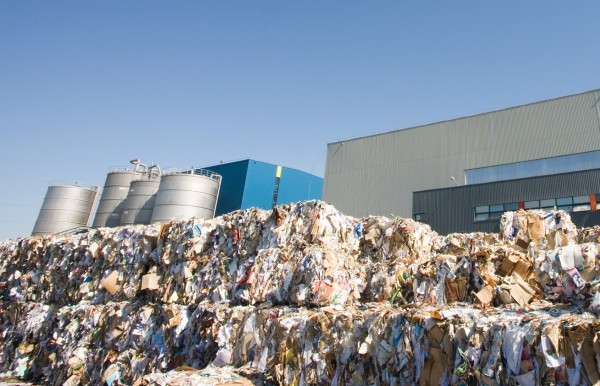 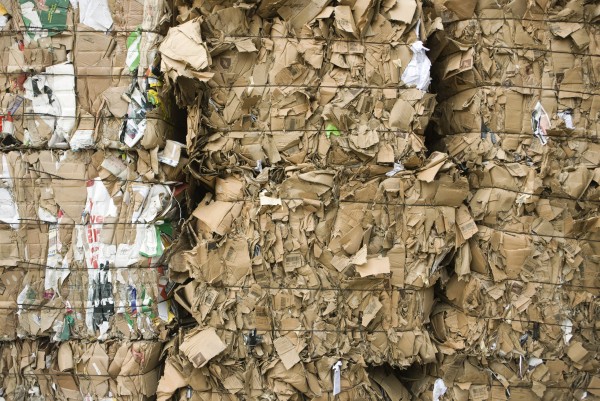 There was a steady increase in the paper recycling volumes in Japan from the 1980s to 2007 but in recent years it has dropped, as we are moving into the digital world and less and less material is printed. This is a common trend for most countries worldwide, but China still requires a lot of paper and since year 2000, a majority of the paper (80 %) collected in Japan is exported to China.

More centralized baling in Japan
Mr Hongan visited a recycling center, several companies using compaction equipment to handle their large volumes of packaging material and the Orwak factory & HQ. During the trip he noticed among other things that the use of container compactors is very frequent in Sweden, the recycling centers use different types of machinery than in Japan and the use of compaction and baling equipment at customer sites is much more common than in the Japanese market. “Instead, the recyclable material is often brought to centrally located recycling centers for processing and baling in large presses.”

Households get vouchers for collected paper
Mr Hongan noticed with interest the street collection recycling points for household recyclable waste such as paper, plastic, glas and metal. The recycling points are strategically located throughout every town. In Japan there are recycling stations outside supermarkets where customers bring their paper and receive a voucher in return. 1 kg cardboard = 1 point and 5 points earn you 500 yen. 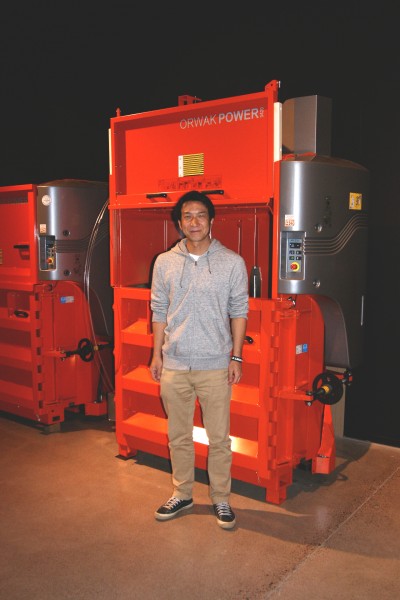 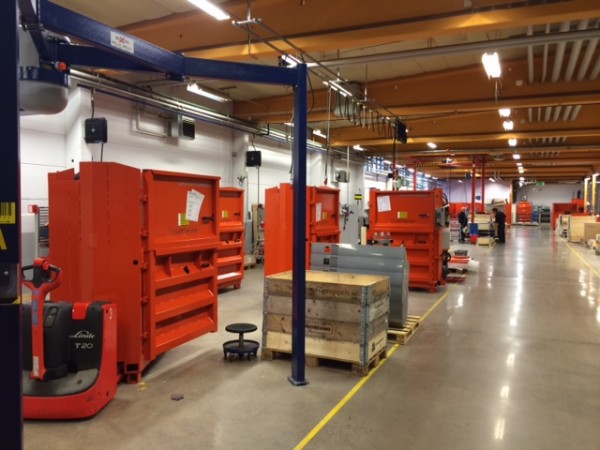 The grand tour in the Orwak factory
Mr Hongan was excited to see the baler and briquette press production in Orwak’s factory and found the baling concept interesting. “It is nice to see the products manufactured in such a neat way in a clean and well-organized factory!”